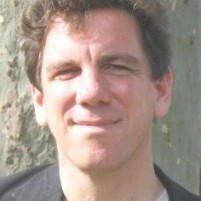 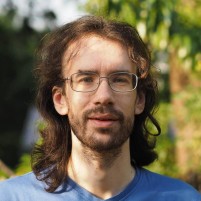 Your group of brave space pioneers is caught in a disruption of spacetime. You need to get a message out there that you need help, and pronto. But will you get your ridiculously primitive robot to draw the SOS in time?

In this workshop, you will learn something about programming as a group. Hopefully you will also have a good time!

As a team of space pioneers caught in a spacetime disruption, you are locked in what seems to be the luggage compartment of an alien ship, and facing an imminent doom, unless you can get to use this first-generation, clunky, crufty robot standing there in the middle of the room, and have it send a message to the universe.

The only way to to send a message is to make the robot draw -- or write -- something.

The only way to make the robot draw something is to have it upload a file containing a list of ridiculously simple instructions, like FORWARD, BACKWARD+TURN, and so on.

The only way to create this instruction list is by writing a program together.

Fred and ToF, two last-generation, very sophisticated humanoids, can help you do that. They know a lot of programming languages! (Sadly they can't draw).

The way to use Fred and ToF is by deciding as a group which action you're going to take next and telling them.

The way to decide on action is for each of you to pick a kind of action, agree together, and tell Fred and ToF what to do.

There are 6 kind of actions:

If your team can effectively make the robot draw a message in less than 60 minutes, you will be saved. If not, you will be lost forever in the spacetime disruption.

But in both cases, you'll learn! A debrief will be organized, using informations such as:

How much time was spent on each action ?

What was the most difficult thing to decide for you as a team while programming ?

When and how did you learn about the goal you were trying to achieve ?

When and how did you learn about the process you were using ?

When and how did you learn about learning ?

Participants will learn about: