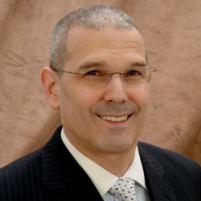 Unlike agile at the team level, enterprise agility requires cultural change throughout the organization to be successful. But, cultural change is far from easy. Much like the roots of a tree, culture runs deep, so it takes persistence and the right approach to achieve success.

In this talk, Donald Patti and David Bulkin will describe multiple successful plays, or approaches, to enterprise agile transformation, providing attendees with a number of practical ways to understand and change an organization's culture.

Attendees will also be able to (Enabling Learning Objectives/Building Blocks):

3. Explain why cultural change across an enterprise is so difficult.

4. Employ the "Playbook over Plans" approach to guide an enterprise transformation.

5. Select among the agile transformation plays based on their current situation.

6. Explain the agile transformation plays to others using the "tree" metaphor, definitions and real-world examples.

This talk is ideal for agile coaches and agilists helping to guide agile transformations.

Attendees will find it helpful to have 1-2 years work experience in an environment that either is somewhat agile or aspires to be more agile.

Attendees should also have a basic understanding of Scrum.

This talk was given at Global Scrum Gathering in Austin, Texas during Open Space and received positive response from attendees.