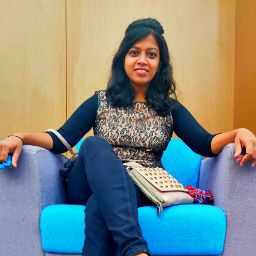 "In artificial intelligence machines are made to behave in wondrous ways, often sufficient to dazzle even the most experienced observer. But once a particular program is unmasked, once its inner workings are explained its magic crumbles away; it stands revealed as a mere collection of procedures.The observer says to himself, "I could have written that". With that thought he moves the program in question from the shelf marked "intelligent", to that reserved for curios. The object of this paper is to cause just such a re-evaluation of the program about to be "explained". Few programs ever needed it more."

A chatterbot is a computer program which conducts a conversation via auditory or textual methods. Such programs are often designed to convincingly simulate how a human would behave as a conversational partner, thereby passing the Turing test. Chatterbots are typically used in dialog systems for various practical purposes including customer service or information acquisition. Some chatterbots use sophisticated natural language processing systems, but many simpler systems scan for keywords within the input, then pull a reply with the most matching keywords, or the most similar wording pattern, from a database.

Usage in dialogue systems | Chatterbots are often integrated into the dialog systems of, for example, automated online assistants, giving them the ability of, for example, small talking or engaging in casual conversations unrelated to the scopes of their primary expert systems.

Large companies such as Lloyds Banking Group, Royal Bank of Scotland, Renault and Citroën are now using automated online assistants instead of call centres with humans to provide a first point of contact.

A typical AI Chatterbot can be efficiently implemented in Java using Eclipse environment and it is fascinating how little code is needed to be produced so as to get one started on creating on AI Chatbot. This talk elaborates on AI techniques and Chatbot

The hands-on tutorial on creating your very own AI chatbot. Have your eclipse working? No worried then as that is sole thing you need for your AI chat bot. Let's get writing and interacting with your creation!

This talk will focus on :