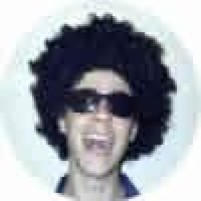 Dylan is an enthusiastic programmer who proudly flies the functional flag. Working at Tiny, he uses FP daily in delivering cloud features for rich text editors.