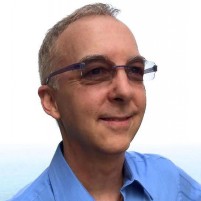 Certified Scrum Master with over 15 years of project management experience. I've been living and working in Hong Kong since August 2012.