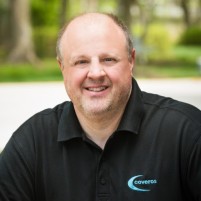 Jeffery Payne has led Coveros since its inception in 2008. Under his guidance, the company has become a recognized market leader in secure agile software development. Mr. Payne is a popular keynote and featured speaker at technology conferences and has testified before Congress on technology issues such as intellectual property rights and cyber-terrorism. Prior to Coveros, he was co-founder, CEO, and Chairman of the Board of Cigital, where he led the startup and growth of the company for 16 years. Mr. Payne is a former ACM National Lecturer and the co-founder of the Northern Virginia Chapter of the IEEE Computer Society. He holds a B.S. in Computer Science from Allegheny College and an M.S. in Computer Science from The College of William and Mary.