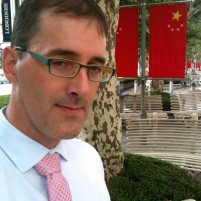 Lance Kind lives in China, and the USA, and places in between. After four years of Waterfall he and his team were introduced to eXtreme Programming by Kent Beck and achieved the ability to make a “ship or no-ship” decision with full test suite passes within four hours. Four years of TDD, Pair Programming, and System Testing later, he worked at SolutionsIQ delivering projects with Scrum + XP. In 2006 he began Agile coaching and training technical practices. For the last five years he has worked as an independent consultant delivereimg consulting services in China, India, as well as the USA.

He is a publishing author of science fiction and a project management comic series called SCRUM NOIR which made the Amazon best seller list for a week. Search for “Lancer Kind” on Amazon.in to see his publications.