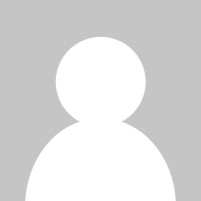 Dr. Lenore E.A. Walker, Ed.D., is Professor at NSU College of Psychology and Coordinator of the Clinical Forensic Psychology Concentration. In addition, Dr. Walker is a member of the faculty of the Institute for Trauma and Victimization at NSU-College of Psychology. Dr. Walker is also the Executive Director of the Domestic Violence Institute, a not-for-profit organization dedicated to the education and training, research and public policy issues around domestic violence with affiliate centers around the world. Dr. Walker also has a national practice in forensic psychology and testifies on psychological impact from interpersonal violence and trauma including domestic violence, child abuse and violence against women.

Dr. Walker received her doctorate from Rutger's, The State University of New Jersey in 1972 and was on the psychiatry faculty of Rutgers Medical School from 1972 to 1975. She then moved to Denver Colorado and was on the faculty at Colorado Women's College from 1976 until the school closed in 1981. She also held clinical adjunct psychology position at the University of Denver School of Professional Psychology where she supervised doctoral students until she came to the College of Psychology in 1997. She is licensed to practice psychology in the states of Florida, Colorado and New Jersey, a member of the National Register of Health Service Providers in Psychology, and holds a Diplomate in Clinical Psychology from the American Board of Professional Psychology.

Dr. Walker's areas of interest have been in feminist psychology, violence in the family and violence against women including sex-trafficking. She has written 13 books in the area including the now classic, "The Battered Woman", has published extensively in journals and book chapters and presented her work at scientific meetings around the world.