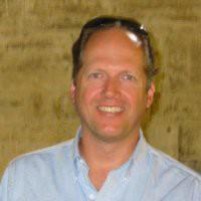 After a decade as a software engineer, I entered the weird world of organizational change consulting.  My driving motive is that I hate seeing good people set up to fail, and much failure is unnecessary.  When I started out as a programmer, some guiding principles were given to me that carried through, such as:

As I moved into organizational change, I observed how these and other simple principles became obscured by complexity, bureaucracy, lobbing over the line of sight, and attempts to capture skill and knowledge like a genie in a bottle.  Even worse, I observed how methods, frameworks, life cycles, Myers-Briggs, buzzwords, were used to feed non-constructive debate rather than to bring clarity.

It has been enormously fun (and occasionally agonizing) taking these ideas into organizations in private and public sectors; from mining to aerospace; from banking to non-profits; from Washington to Tokyo; from 80's Big Iron to 21st Century cloud and beyond.  It is particularly gratifying working with companies running at the speed of light, and then helping others come to believe that they can also do great things.