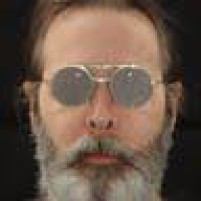 Chris Shenton is the CTO of V! Studios and Principal of Koansys LLC. He has over 30 years experience including robotics, artificial intelligence, internetworking, systems engineering, software developement, security and cloud deployments.  While most of his work has been as a Federal contractor (mostly NASA), he was given a few years off in the dot-com boom for good behavior. He has a BS in Electrical Engineering from Rensselaer Polytechnic Institute.