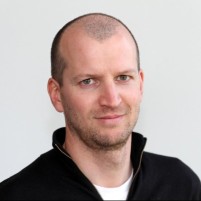 I help technology companies to innovate and improve. I'm always looking out for better ways to do that, so far I've found that Lean thinking and an Agile mindset are crucial to be successful.

As a lean-agile coach I find it important to visualize and manage the end-to-end flow of work. From then progress is realized as a joint exploration by taking small steps towards faster and more consistent delivery of valuable outcomes. Essentially this boils down to an evolutionary, whole-systems approach.

As a software development and delivery manager I strongly believe in servant leadership and self-organizing teams that have agility and quality in mind. Approaches like Kanban, Scrum, XP, DDD, Continuous Delivery and many others are a great source of inspiration. At the same time I find it necessary to be pragmatic and open minded because improvement is never-ending.

My first experience in an Agile team was in 2002. In those days I was a software developer driven by technological innovation. Later on I developed a passion for leadership and knowledge work and I became a hands-on leader and coach. Today I'm still fascinated by technology and the people behind it, and I'm still learning every day.